The MINI STRIKER  is  the fastest, most powerful and narrowest crossbow in the market by far. This crossbow’s power comes from a narrow limb system that increase power stroke, enabling the MINI STRIKER to shoot up to 330 fps (using lighter bolts) something unheard of in the world of pistol crossbows until now.It  weigh-in just 2.46 lbs and, when cocked, measure a super-narrow 5-inches wide, making them ultra-maneuverable in the field. The Striker Mini can shoot 7 inch practice arrows and 11″ broadhead capable MORRIS bolts.
The MINI STRIKER comes with its own crank mechanism integrated which is almost completely silent and very easy to pull (only 40 lbs). 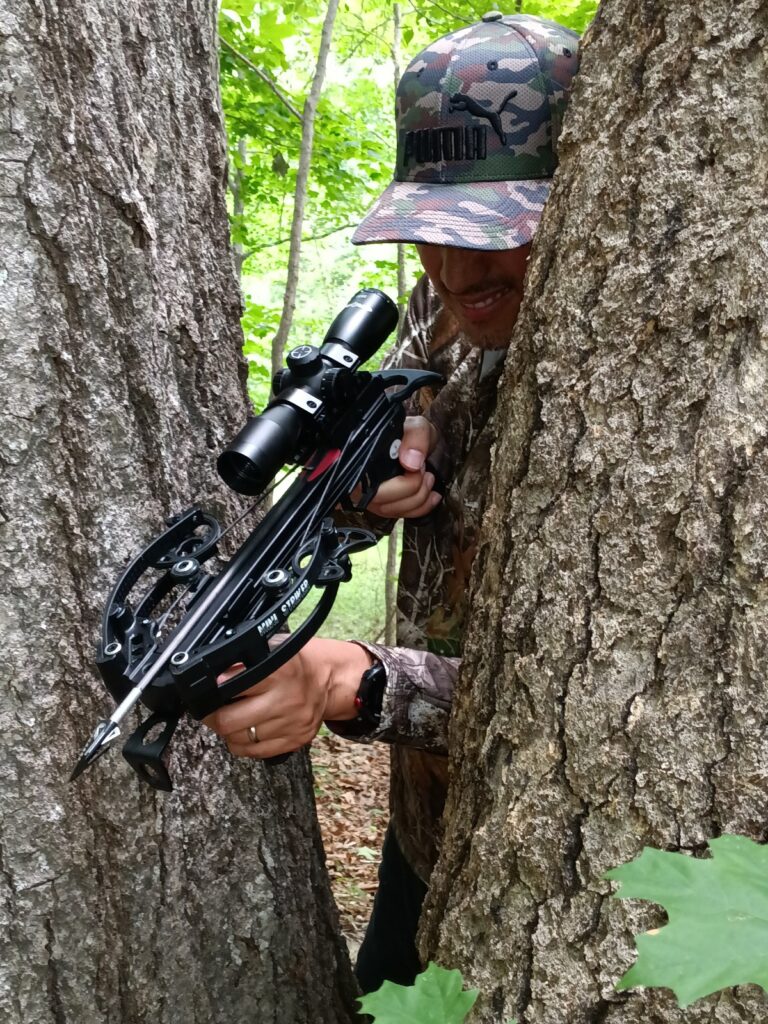 -The MINI STRIKER is the fastest and most powerful and narrowest pistol crossbow in the market by far.

– It has the maneuverability of a pistol crossbow , only 5″ from axel to axel when cocked. 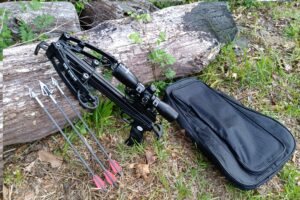 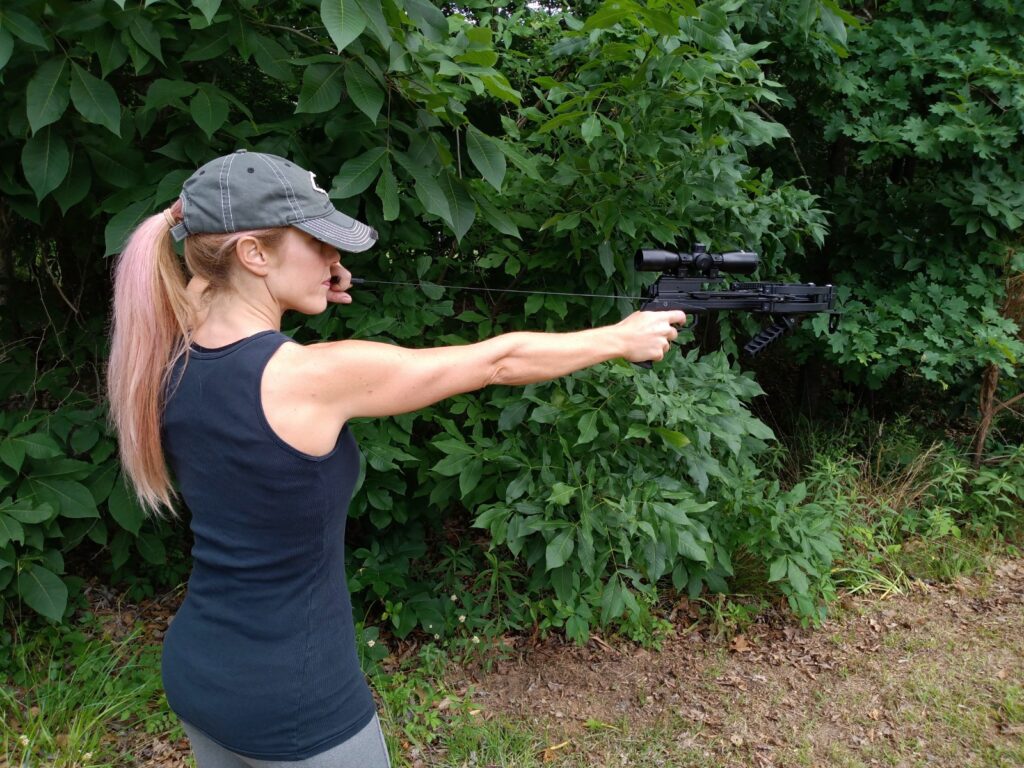 Very easy to use crank handle integrated in to the body of the Mini Striker, allows you to cock the crossbow in less than 1 second. 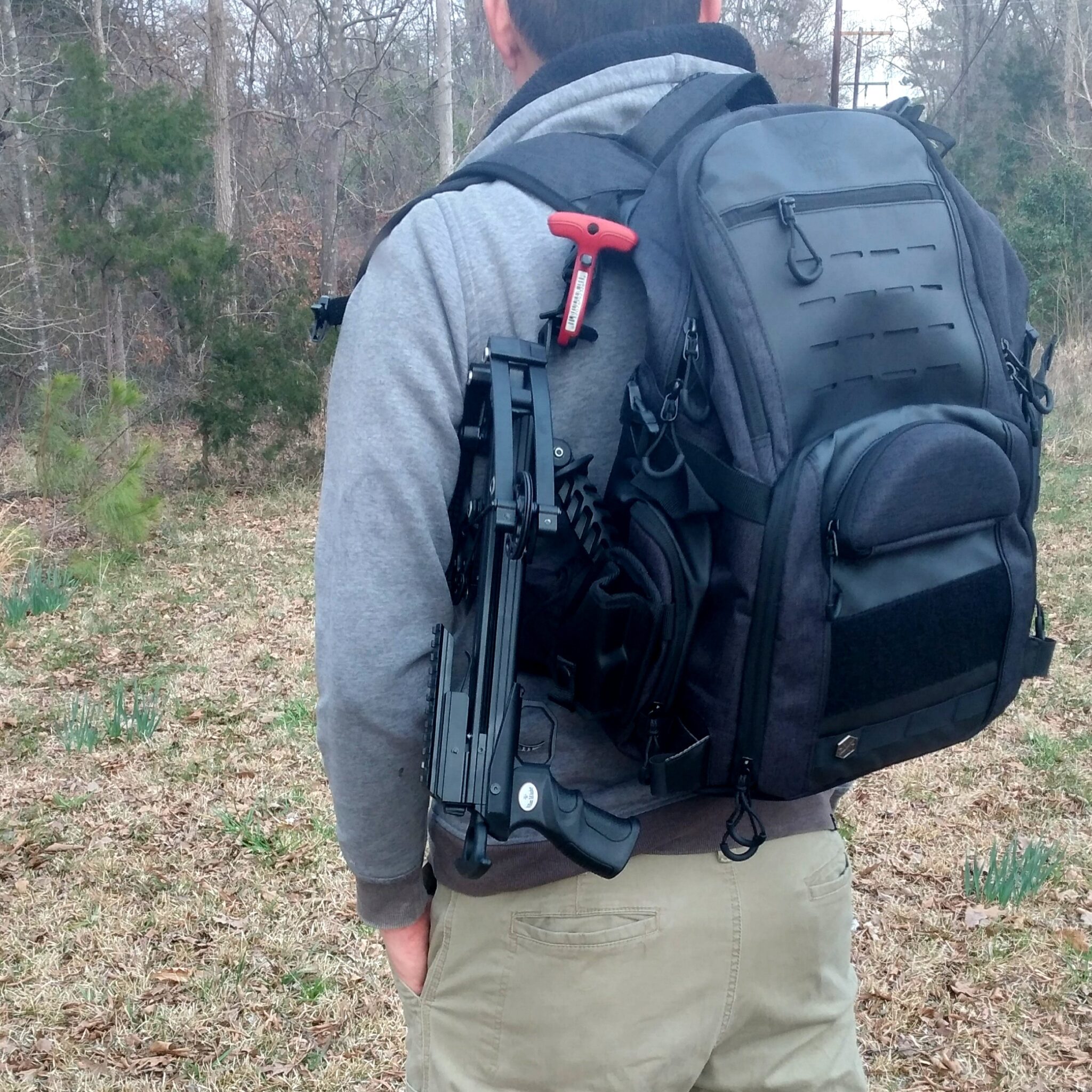 Weights only 2.46 lbs, it very eastly attaches to a back pack , a belt or can be just carried inside a standard back pack 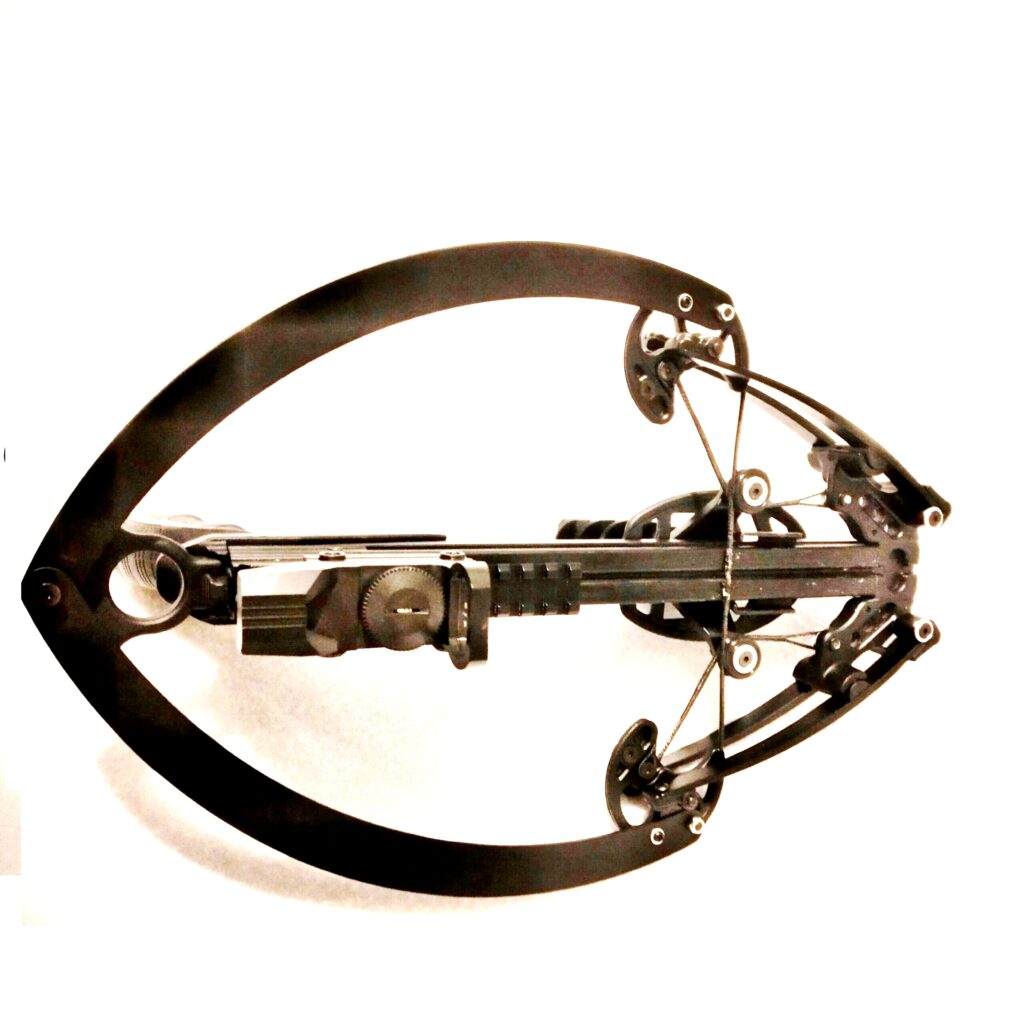 You Can Replace Strings Yorself

The string can be replaced with a regular bow press , or the Mini Striker bow press you can purchase in our store.

Most maintenance including replacing limbs can be done using the tools included in the box. 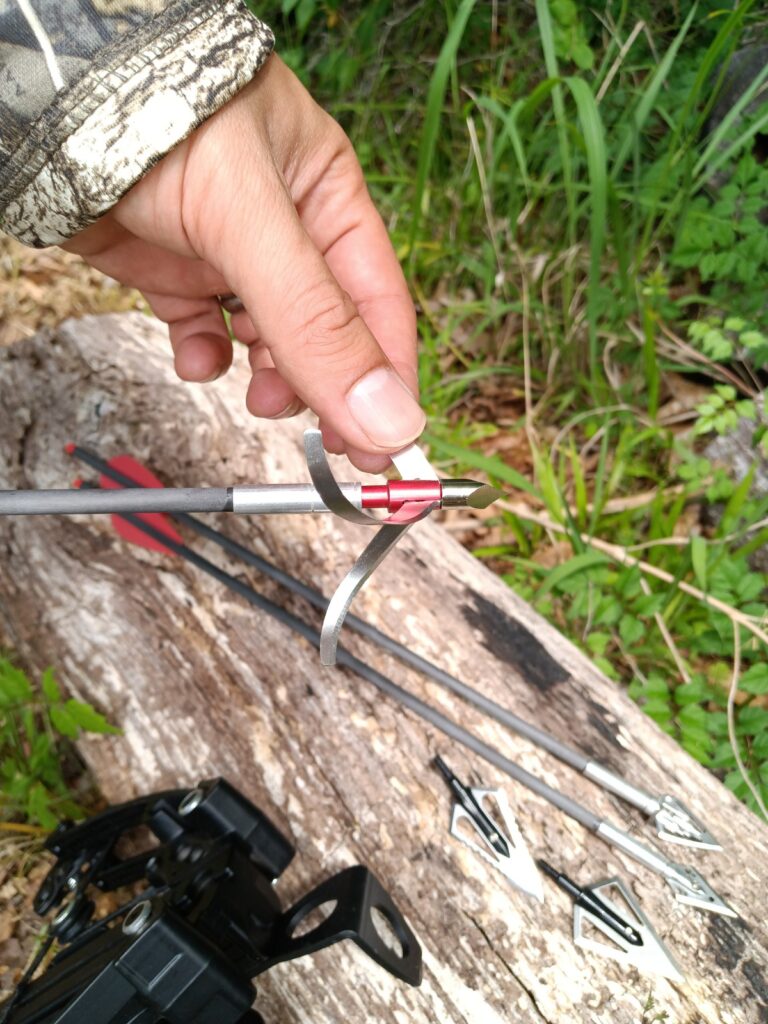 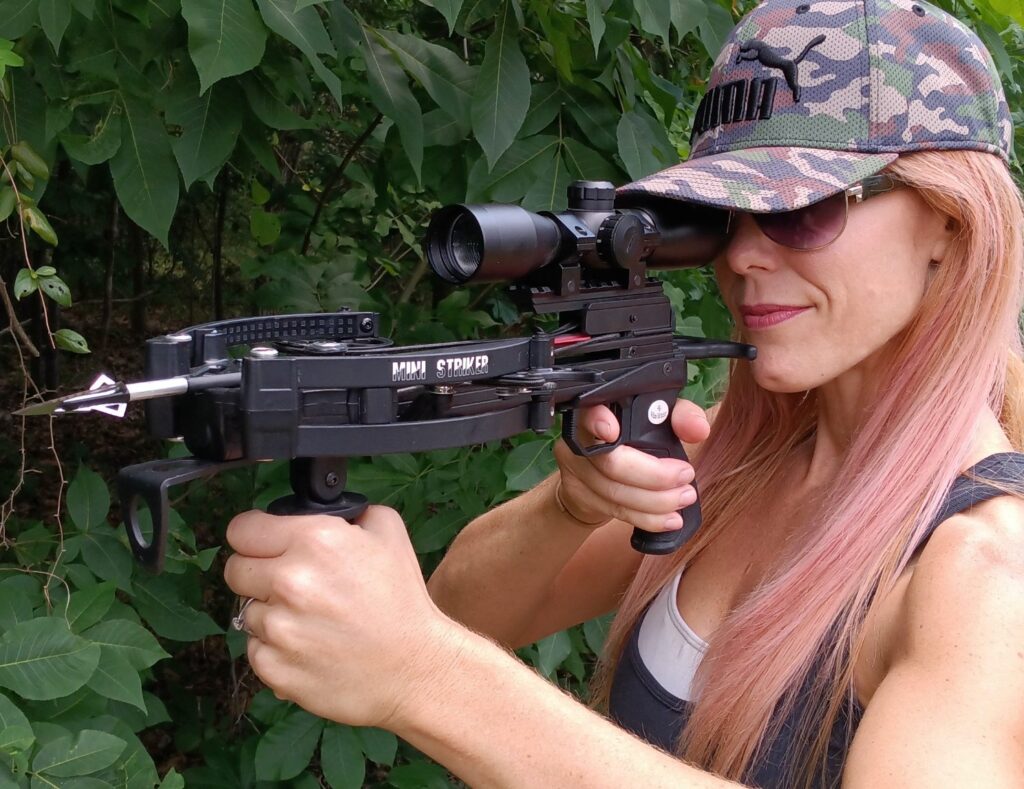 Anyone an use it 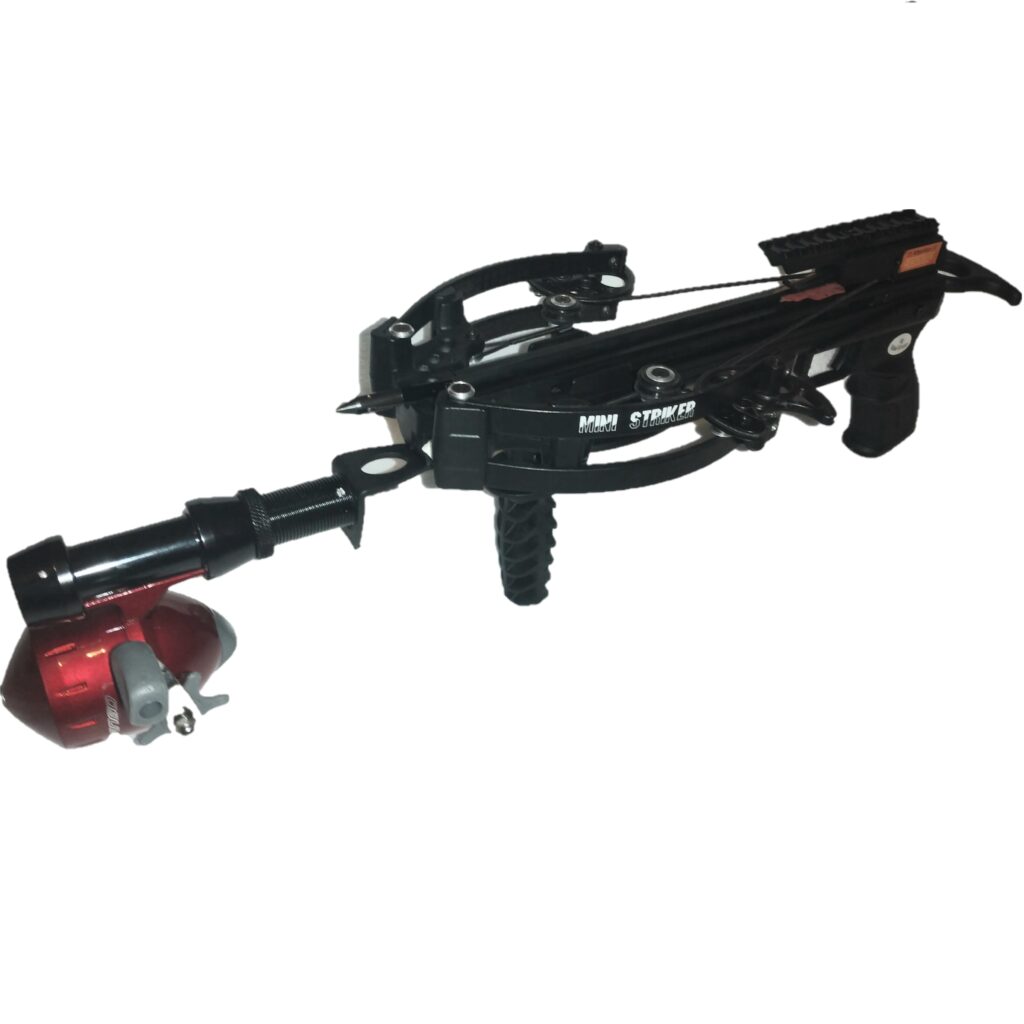 Switch to fishing crossbow just by attaching a bow reel seat and a reel to the front hook. 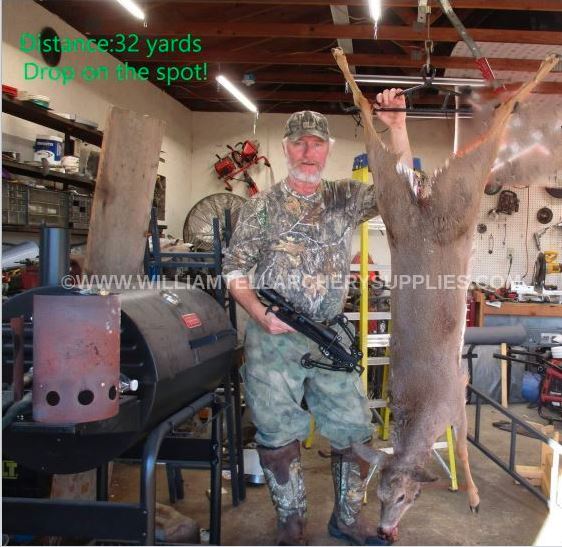 We dropped this one form about 35 to 40 yards using the broadheads that came with the bolts.

It is incredible what this thing can do. 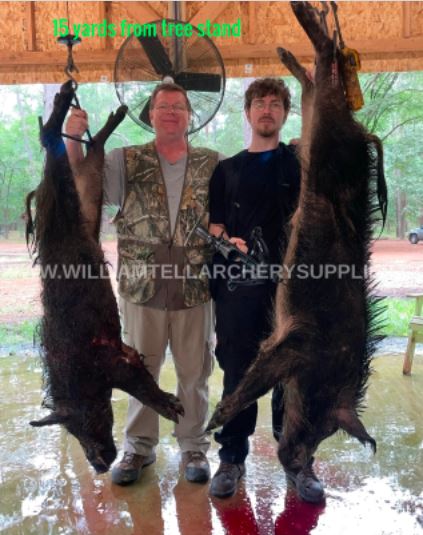 My name is XXXXX, my father and I recently tested out your 320 fps Mini Striker on wild boars, over at Texas Wildwood Hog Hunts, located in Centerville, Texas.
Both of us are extremely impressed and well satisfied.
The hog in the attached picture was 150lbs, shot at about 15 to 20 yards from a tree stand, using our own modified broad-head, attached to a Mini Striker bolt.
The hog died in less than 30 seconds.
It only took one shot from the Mini Striker (in his lungs) to put him down.
To mine and my father’s knowledge, no one else has used the Mini Striker to put down a hog of this size. We both consider this feat to be quite the testimony of its power and effectiveness.
Create your own review
William Tell Archery Supplies
Average rating:   0 reviews
Powered by WP Customer Reviews

There are no reviews yet.

This site uses Akismet to reduce spam. Learn how your comment data is processed.